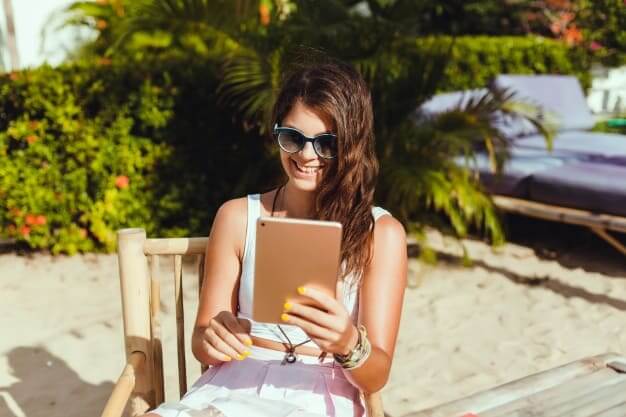 Is your Tablet not perform fast? So, Read Carefully If you want to speed up your Android Tablet? Just like a Computer System or Smartphone, Your tablet is Slow because of Ram Storage But the good news is, you can maintain the fast performance of your tablet by applying this tricks on your android tablet. Android tablet system is not different from the Smartphone but if you don’t pay attention to it or take care of it properly, it’ll eventually become less useful.

Don’t think of replacing your tablet (or throwing it away) just yet, though. Here are four simple fixes that will get your tablet up and be running at optimum speed again in no time.

Note: Make sure to take backup of all your important files and Data before performing any of these fixes.

Every time you Download applications Like Games, Other apps it’s using So much memory of android Tablet. So, if you have install Bunch of applications on your android tablet or Smartphone so uninstall them. This will Create some free storage in tablet So, it’s automatically leading up to improving Performance of Tablet.

Must Read: How to use Phone as Mouse and Keyboard for Computer

If your android or mac tablet supports expandable storage in the form of MicroSD cards, it’s definitely worth investing in a better card with faster read and write speeds.

If you’re already using a card and also you wish to get a brand new one, ensure you backup your information first. The simplest method is to purchase a USB card reader adaptor which plugs right into a USB port on your laptop. Plug the MicroSD card into the adaptor, open it the PC’s file explorer, After copy and paste the contents to your desktop or a ‘backup’ folder. Reverse the method when you will have your new card and easily pop it again into your tablet.

Don’t use Live Wallpapers in Tablet

True, those live wallpapers are beautiful and lovely but you do not know that it makes your tablet run slower. It’s using your ram every single Second. It’s always running in the background even if you’re running an application in Tablet. It’s best to stick with regular wallpapers as this can save battery life too.

As you use your device, data caches build up and can start to slow down the tablet’s software. Sometimes a good spring clean is in order so it’s a good idea to delete these caches every now and then. You can delete individual caches via the Apps menu in Settings or, more conveniently, use one of the popular (and free) apps such as Clean Master, CCleaner, and App Cache Cleaner which are available to download from the Google Play Store.

Turn off Maps in Android Tablet

when you open your tablet, your map application will be running especially if your device is connected to the internet. If you have GPS on your tablet, that’s worse part. it consumes battery so much of your device and your Phone ram is running every single second and that means after an hour your tablet started heating. The reason behind is Resistance in your ram(Processor). So, stop the background Maps process in your tablet.

Every Single time when you power off your Device make a habit of closing application. In case you not close them, download an app from the Google Play store that can kill all running application with One Click. This will close all apps instantly and free up the memory

The Best way to increase the performance of Tablet is to Update the latest Version of Android. Go to Settings > About > Software Update to see if there are any updates available. If your Tablet Manufacturing Company not Providing the latest Updates to you Then root your Tablet and install latest Custom Rom.

Different apps have different Sizes. Before installing any application from the Playstore, look at the file size of that apps. Do you know the downloaded application store in Phone memory, not the External SD Card? Racing Games like Asphalt 8 size has 1GB So, how could you run that in your 2 Gb ram android Tablet. So, Before installing any apps Check your Android Device is Comfortable for that or Not.

Rooting your tablet and installing a custom ROM in the device Give speed up your Tablet and that’s not enough it’s given to access to the hidden settings, including the overclock your tablet’s processor and boost the performance of the tablet. Be careful when you try, it’s a tricky process which has the potential to ‘brick’ your tablet as well as void device warranty.

Now there are many ui like android ui, mi ui, color os and many much popular os is easily available so use it. You wil get better performance on your old tablet.

So, Today is I revealed top 9 best way to Improve the Performance of Android Tablet by using it, you definitely Speed up your Android tablet’s performance. This trick Not only for the Tables You can also use it to boost the performance of your Android Smartphone. If you have any other tricks that you want to add to this list just comment down Our team will update in this list. Also, don’t forget to share this list on social media and with your Geeky friends and family Members.

Introduction about my team & myself: My name is Darshan Rana & I am the CEO & Co-Founder of the PurpleRoses Community and PurpleRoses.in website. I’m currently pursuing Bachelor's degree in Computer Science and Engineering. Blogging is something that has always dragged my attention because I am a tech geek and crazy about Blogging since the past two years. We share our views on Tech Industry field by writing on various blogs.

You Need To Visit