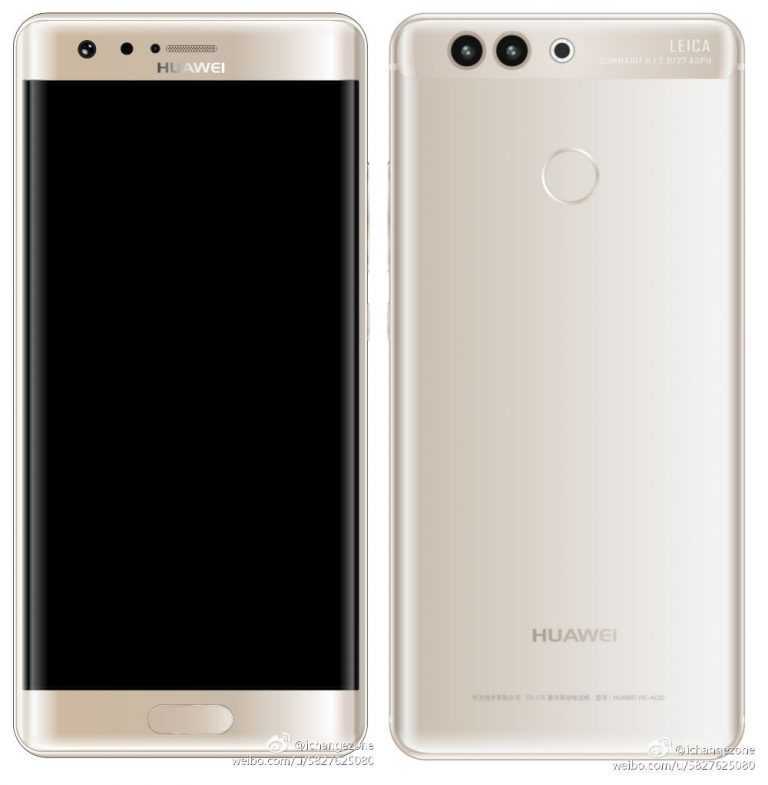 Huawei p10: Huawei is expected to announce its New Huawei P10 and Huawei  P10 Plus at the MWC (Mobile World Congress ) 2017, A Rumours from China Comes that we only got a front render of the P10 Plus with a black finish. So, on the front it could Plausibly be an Iris Scanner.

When is the Huawei P10 release date?

According to Rumors Huawei’s 2017 flagship wouldn’t appear until slightly later in the year, possibly around April like its predecessor, Huawei has sent out invites to a presentation in Barcelona on 26 February, the day before MWC 2017 (Mobile World Congress) is due to begin.

What are the specifications of Huawei P10 Plus?

The Huawei P10 expected to come with a 5.5 Quad HD AMOLED Dual Curved Display.The Rumours say that Huawei P10 has Huawei’s own Hisilicon Kirin 960 Chipset and the P10 Plus is Powered byHisilicon Kirin higher-clocked 965 Chipset. The Huawei  P10 is said to be available in 4GB+64GB / 6GB+128GB configurations while the P10 Plus could have 6GB+128GB / 8GB+256GB memory versions. Both variants would be expandable via microSD and run Android Nougat with (presumably) EMUI 5.0.The P10 has a 3,100 mAh battery.

Check Out: How to Play Soccer Game in Facebook

According to the further leaks Huawei might be launched it’s Huawei P10 in Green and Purple colour also.I am not sure about this but rumours are coming.The price of Huawei P10 is RS.47,999 in India so the Huawei has directly faced the competition with Samsung Galaxy S8.If any more information comes about Huawei P10 so i will be post it.

Introduction about my team & myself: My name is Darshan Rana & I am the CEO & Co-Founder of the PurpleRoses Community and PurpleRoses.in website. I’m currently pursuing Bachelor's degree in Computer Science and Engineering. Blogging is something that has always dragged my attention because I am a tech geek and crazy about Blogging since the past two years. We share our views on Tech Industry field by writing on various blogs.

You Need To Visit